The Venice of Florida

The urban area has a size of 298.1 qkm;. The city is divided into four squares: North West (NW), Northeast (NE), Southwest (SW) and Southeast (SE). 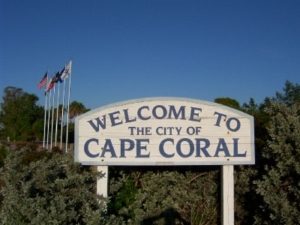 Most of the streets above the Cape Coral Parkway are simply numbered, and the roads in the area Yacht Club have street names. Two main roads divide the four quadrants.

Cape Coral is one of the fastest growing cities in Florida. Many of the lots have direct access to Pine Iceland Sound and the Caloosahatchee River.